Boyce Thompson demonstrates and answers questions about the Tertill, a solar-powered weeder and one of his ‘Life-changing Products for 2020’ to attendees at this fall’s Maryland Home & Garden Show. (Photo by Joan M. Kasura)

“A lot of people really don’t like their cable bill,” stated Boyce Thompson, the author of three books on residential design and construction and one of the featured exhibitors at this fall’s Maryland Home and Garden Show, where he showcased his “Top 10 Life-Changing New Home Products for 2020” exhibit and gave presentations on how to save money using smart home products.
Because most folks would love to save a chunk of change on the loathsome cable bill, Thompson decided this year he would begin his annual presentation on how to get your television watching in without the cable box. Enter smart TVs and the ever-expanding universe of streaming options.
In addition to his tips on streaming TV options — YouTube TV and DirectTVNow both sat at the top of that list of options for $40 a month — Thompson touched on a wide variety of smart home products available to save you money both inside and outside the home. They ranged from the commonplace, LED lightbulbs, to a prototype, the Kobi all-season yard robot.
Noting that home lighting is “a good place to start” saving those pennies, plus a few dollars, Thompson pointed to smart bulbs that connect to your home Wi-Fi. “One of their best uses is for Christmas tree lights,” said Thompson, “particularly outdoor displays.”
Continuing the theme of saving on the outdoors, this year’s lawn care category included the Kobi yard robot. “About 6 months away from marketing,” according to Thompson, the Kobi does it all when it comes to lawn care.
Mow your lawn all summer? Check. Blow the leaves come fall? Check again. Shovel snow from your driveway and sidewalks during winter snowstorms? Hot chocolate, triple check!
Like the now ubiquitous Roomb®, the Kobi and its recent mower-only predecessor, the bestselling Husqvarna Automower, are great examples of “robots that have worked,” said Thompson. In fact, “the guy who invented the Roomba® also invented the Tertill,” a solar-powered weeder Thompson featured as part of his fall exhibit.
The weeder, Thompson explained, works by sensing the difference between short — usually weeds — and large or tall plants — the established garden plantings, and based on that sensory data, its blades, positioned underneath, till through those shorter plants. If the gardener has a plant that’s small Tertill’s manufacturer recommends putting a cage around it to protect it.
Currently, the Tertill®’s primary concern is that “it needs to be fenced in at the point to control it,” said Thompson as opposed to the Husqvarna Automower, which is controlled by an invisible perimeter fence.
As an aside, Thompson then related that he’s received pushback on his exhibits and presentations from landscape and lawn maintenance professionals, particularly on the Husqvarna Automower. Yet, even such do-it-all robots like the Automower and the soon-to-come Kobi create opportunities. “There’s a lot of extras landscapers can do that the robots can’t,” explained Thompson, “such as trimming edges, pruning bushes and trees, and weeding garden beds.”
Heading back inside the home for more savings, Thompson pointed to the next generation of smart thermostat systems, such as the Nest thermostat, which automatically turns off when it senses no one’s home. One of the first thermostat systems to implement a learning system for the house, Thompson advised “placing the Nest thermostat in a central location where everyone goes through frequently as it’s essentially a motion detector,”
He also recommended, based on hard-earned personal experience, “setting a floor of 52 to 55 degrees and a ceiling of 80 to 85 degrees” to ensure your home’s interior is protected from temperatures extremes during lengthy absences.
Moving from the whole house to the kitchen, Thompson discussed new smart appliances such as refrigerators with cameras inside that you can access from your smartphone and help cut down on food waste, an area Thompson termed “the new frontier” for household cost savings.
The kitchen also boasted this year’s fan favorite from his exhibit, the June Oven.
The smart oven uses an AI combination of a camera and a library of images to determine “what you put inside it and then cooks it perfectly each time,” explained Thompson. “Younger people in particular really like it,” he continued, “because you can cook foods without having to look things up or worrying about cooking them wrong.”
Thompson also noted that appliances like the June Oven are “a great addition for a small kitchen, or an RV, or even a second home at the shore.”
Currently retailing for $499, Thompson admits that for some people “some smart home appliances like the June Oven don’t seem like they save the money invested over time, especially when you can get an Instant Pot for a 100 bucks.”
It’s what drives the research for his exhibit from year to year. “The whole idea is that you can see what you’re getting before you purchase a larger home investment.” 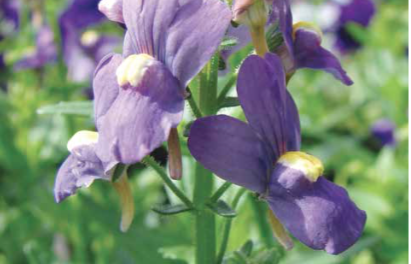