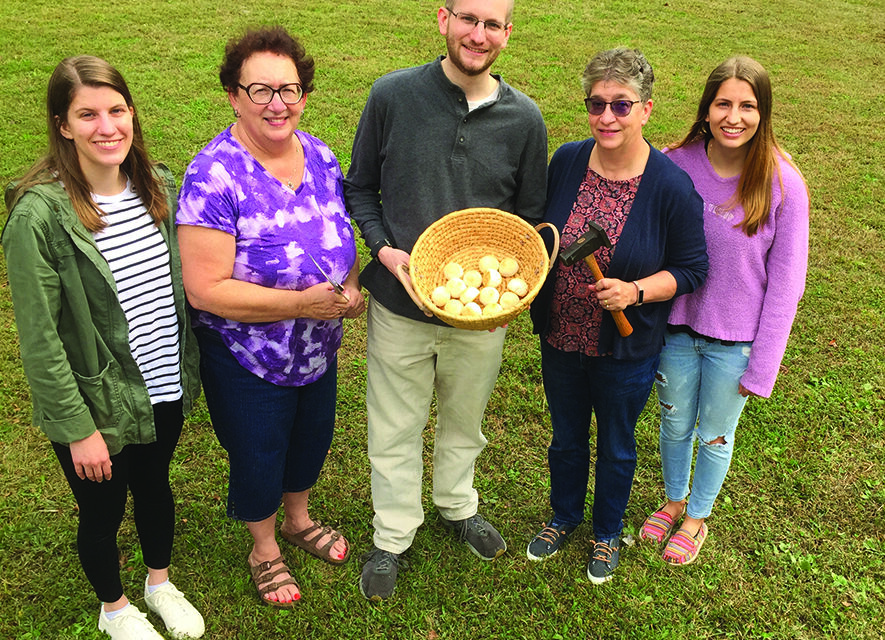 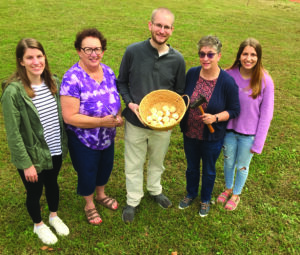 If you grew up spending Sundays and holidays with family on the Eastern Shore, chances are Orrell’s Maryland Beaten Biscuits were on the menu.
The company’s saga started in 1935 when Ruth Orrell began making biscuits in her Wye Mills home kitchen to raise funds for son Dick’s college education.
Husband Herman Orrell Jr. delivered them to customers on his milk delivery route.
The lightly golden golf ball sized morsels became an area favorite, and a fixture of downhome family meals of chicken salad, country ham and blackstrap molasses.
Eventually the biscuits, packaged in bundles of a dozen, were sold at markets throughout the Shore and beyond.
When Thanksgiving and Christmas approached, demand swelled for shipment orders to folks who had moved away but couldn’t think of celebrating without them.
Over time, the biscuits even captured national media spotlight, written up by noted cookbook author Joan Nathan in The New York Times, who declared Ruth Orrell a “beaten biscuit maven” and featured on Food Network’s “Food Nation” with Bobby Flay, prompting the creation of a company website which was inundated with orders from everywhere.
That’s why, when the family made the tough decision to shut down the Eastern Shore’s last remaining commercial beaten biscuit bakery in 2013, the news was met with dismay.
But the unique cottage industry that produced the beloved beaten biscuits has remained etched in people’s fondest memories of time, place, and family.
What made them stand out? And what made Orrell’s biscuits so memorable?
According to Ruth Orrell’s great grandson Matt Skinner, his mother Betsy Orrell Skinner, and his aunt Bonnie Orrell Reicher, skill and experience played a part, but so did the family’s secret ingredient, their warm personal touch.
Recalling that his great grandmother taught for 27 years in the one-room Longwoods School, Matt said she knew everyone in the community, and they knew her.
She took an interest in each student, sometimes bringing them home with her, going the extra mile to help them, he said.
Ruth Orrell was also among the founders of the Tuckahoe Steam and Gas Show, and family members recall everyone contributing in some way, whether making dough or making signs.
It wasn’t about selling the most biscuits, Matt said, but more about getting to meet and talk with those who enjoyed them.
The exact family recipe, while simple, remains secret, consisting of a mixture of flour, water, lard, sugar, salt, and a pinch of baking powder.
But no yeast is involved, hence the need for steady intense beating, traditionally with a blacksmith hammer, baseball bat, or other heavy implement, on a tree stump turned biscuit block, “30 minutes for family, an hour for company,” according to Orrell family lore.
In 1948, a worker, whose daughter Peggy married Dick Orrell, invented a labor-saving rolling machine.
Now a customized metal paddle helped load 40 pounds of dough into the device, processing it until popping sounds indicated enough air had been absorbed inside.
No machine, it seemed, could improve on the skilled hands of the six or so “biscuit ladies” working around the Orrell kitchen table, who each became like mother figures to each generation of Orrell family children, and had their own special knack for forming the specimens to perfection.
At first a fork was used to pierce each biscuit top and allow air to escape; later a special handheld pick took over the job.
Although his mother continued baking biscuits into her 90s, before then Dick, a Lt. Army Colonel, retired from military service, returned home and moved next door, taking over day-to-day business operations, assisted by his children as time progressed.
The company thrived then struggled as times changed.
When Dick Orrell died in 2013, the doors to commercial production closed.
But with biscuit making a deeply embedded thread running through their own family’s story, the family held onto the equipment, enabling grandchildren and great grandchildren to continue partaking in the hands-on tradition several times a year.
In the seven years since closing, family members have pondered how to preserve Orrell’s unique history.
Two years ago, Matt Skinner, a high school engineering teacher, spearheaded a collaborative between himself, mom Betsy, a middle school technology teacher, and aunt Bonnie, an elementary and special education teacher, to set up WordPress and Facebook pages to archive their story and stay in touch with fans of the departed business.
Through those and other venues they regularly hear about people who remember them.
The new owners of the old Orrell home in Wye Mills continue to report on passersby stopping in seeking biscuits to buy.
And while living in Austin, when Matt’s aunt, Bonnie Orrell Reicher, mentioned being from Maryland’s Eastern Shore at a Pampered Chef party, was immediately asked whether she had ever “heard of” Maryland Beaten Biscuits!
Recently, an 83-year-old woman from Cambridge, Maryland posted on the Facebook asking after the biscuits, recalling her fondness for them.
When Betsy shared the post on her own page, the comment “blew up” with people liking and echoing it.
The burst of interest spurred the trio to begin work on a documentary film about the family business they had been mulling over producing.
Working remotely yet together as the family had always done, they scripted, filmed, and posted a video announcement on their pages, providing a link to a survey for folks to send feedback with family memories involving the biscuits. So far, 1,000 people have liked the idea with 45 to 50 written replies.
While hesitating to set concrete plans in such uncertain times, Matt Skinner expressed hope of compiling the stories to include by the end of 2020 then moving forward to begin production in the coming year.
For more information about Orrell’s Maryland beaten biscuits and to learn how to contribute a story visit https://mdbeatenbiscuits.com/ or https://www.facebook.com/mdbeatenbiscuits/