We’re used to the idea that flower bulbs get planted in the fall, and all winter we get to anticipate the awesome spring color they’ll bring to the garden.
Once the hyacinth, daffodil, and tulip make their long-awaited debut, it seems all too soon that they depart.
But this doesn’t mean that flowering bulb season is over for the year.
Fortunately, the warmed soil signals that the time is right for planting more bulbs; this time, without months of waiting to enjoy the results.
Gladiolas, dahlias, begonias and several types of lily are a few of the more familiar summer blooming tubers, rhizomes and corms.
While many garden reference advisors recommend planting lilies in the fall or early spring,
Ginny Rosenkranz, University of Maryland Extension’s gardening guru for Dorchester, Somerset, Wicomico, and Worcester counties, was preparing to plant hers in mid-April.
“The Asiatic are the early ones, no fragrance, but lovely colors and more compact,” Rosenkranz says. “The Oriental lilies are very tall, very fragrant! Both can be planted anytime in the spring and will thrive without needing to be dug up for winter.
“Summer bulbs that do need to be dug for winter protection include gladiolus — so many lovely colors and bicolors! Caladiums for the colorful shade plants, also Elephant ear and Taro plants.”
Gladioli were favorites in gardens past.
In fact, the word Gladiolus helped the first national spelling bee winner claim victory back in 1925.
But with new color varieties continually being hybridized, they remain among the most popular for cutting bouquets and to add visual pop to the garden.
Some are grown to produce cut flower bouquets.
For these, the Old Farmer’s Almanac recommends planting in rows for ease of access.
Otherwise, plant among other flowers or in the back of a bed for a striking backdrop in groups of seven corms, selecting corms of 1 1/4 inches or larger across for largest blooms, placing pointed end facing up into a 4-inch-deep hole, spaced six to eight inches apart.
It takes 60 days from first planting to bloom.
Fun fact: Gladioli are considered a traditional 40th wedding anniversary floral gift.
With so many attributes to recommend it, gardeners should note, however, gladioli are among those the ASPCA cautions against as poisonous to dogs and cats.
Although amaryllis is often presented as an indoor blooming bulb at Christmastime, it’s also among the summer flowering bulbs.
Other household plant names which fall into this category in our region include canna, tuberous begonia, caladium, daylily (not really a lily), and dahlia.
However, there are other lesser known species which can also bring vibrant color to your garden, and possibly a promising venue to entrepreneurs looking for ways to sell flowers they grow.
Andy Hankins, Extension Specialist in Alternative Agriculture at Virginia State University, researched newer bulb varieties with tropical “roots” which are best planted deep beneath the soil, no earlier than May or June.
Among them are:
• Amarcrinum: A cross between Amaryllis belladonna and Crinum moorei, highly deer, rodent, and pest resistant, initially high cost offset by vigorous growth and possibility of dividing later.
• Hymenocallis: Also known as Peruvian Daffodils or Ismene, pest proof and elegant, varieties feature “bad ass” names like Advance, Sulphur Queen, and Zwanenburg.
• Ixia: Also known as Corn Flower or Wand Flower, an excellent cut flower, corms inexpensive.
• Ornithogalum: Also known as Star-of-Bethlehem, blooms June through October.
• Nerine: Also known as Guernsey lily, pest-proof, later blooming in September-October.
• Polianthes tuberosa: Commonly known as tuberose, member of Agavaceae family from Mexico. Single Mexican and The Pearl varieties extremely fragrant.
• Zantedeschia: Also known as Calla Lily, blooms July through October. 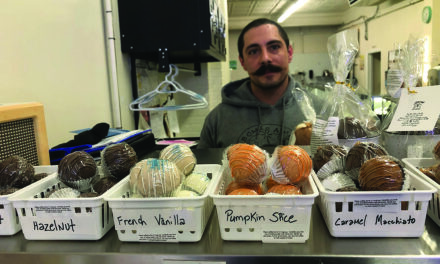