Sometimes gardening research produces an interesting anomaly.
That’s what happened to Neith Little, a University of Maryland Extension Educator in Urban Agriculture, when she was looking into the pH and salinity of growing media typically used in high tunnels on urban farms.
Little said she bought a couple of potting mixes to use as controls for her germination bioassay tests of lettuce seeds.
Compiling her results, she was surprised to discover that one of her potting mixes had a high salinity level.
Little said it was probable that her single data point anomaly could have resulted from either “the presence of sodium or the addition of nitrogen, which comes in various forms of salt” such as ammonium salts and nitrate salts. Since it was potting mix, she theorized nitrate salts were the more probable source.
Like Little, Jonathan Traunfeld, director for the university’s Home & Garden Information Center and vegetable and fruit specialist, felt her result was a one-off anomaly. Referencing his experience of more than 30 years in the horticultural field, Traunfeld noted, “when you use a typical soilless potting mix with typical organic materials, I have not seen any issues. In fact, that particular problem very rarely comes up” in home gardening questions.
Instead, many potting mix questions center around whether gardeners can reuse last year’s potting soil, particularly in container gardening. In response, Traunfeld noted that under ideal conditions, gardeners start with fresh potting mix each year for their container gardening, including with the recent porch pots trend.
At the same time, Traunfeld acknowledged that buying fresh potting mix every year can become quite expensive. Instead, he suggested “mixing last year’s potting mix 50-50 with new mix, plus adding slow-release nutrients” to make up for the nutrients used up during the prior year.
“Home gardeners should have pretty good luck with doing a 50-50 new into old mixture,” Traunfeld said. “The plants usually seem to do pretty well.”
While Traunfeld typically buys his potting mix compressed, and by the bale, Little recommends that beginning gardeners start with a small bag rather than overcommitting to a large bag or even a bale. Then, “test it out,” she said, particularly if you’re growing seedlings.
Additionally, if you’ve decided to make your own potting mix from one of the many online gardening websites, Little suggests doing a germination test (see sidebar) before committing all of your seeds to it.
For more experienced gardeners, who, like Traunfeld, have moved to buying your potting mix in large quantities, both he and Little emphasized the importance of protecting an open bag or bale from contaminating elements.
“It certainly wouldn’t be any fun to go in your shed in the spring and find there’s a whole family of mice in your opened bag of potting mix,” Little said.
To prevent that contamination risk, “make sure you store it in a dry place and cover it or put it in a big heavy bag or galvanized metal trash cans,” advised Traunfeld. “Be sure to inspect it when you go to use it next as well.”
If you still have questions, Traunfeld pointed to many online articles from Extension’s Home & Garden Information Center, including this one on soilless potting mixes, and seed starting: https://extension.umd.edu/hgic/topics/containers-and-growing-medium-seed-starting.
“There are many different ways to garden and grow plants successfully,” he said. “We try to be a science-based counterbalance to the huge amount of information out there.”

Is it time to turn the page? 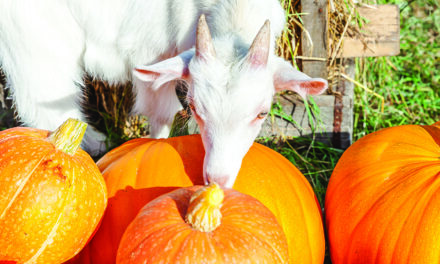