Postcards became very popular in the early 1900s, as people living in the industrialized age were able to print tangible goods like a postcard and also travel more readily, due to locomotives and better roadways.

They sent back short messages to friends and relatives via postcards, regarding their lives, travels, interests and writings.
Postcards were collected almost immediately.
They are still collected to this very day — and some of the most popular themes include pop culture, photography of all kinds, memorabilia from certain ages and events, localized history, animals, wartime efforts and holidays, just to name a few.
The cards were sent around the world, and thus collected around the world as well.
The Detroit Publishing Co. and Teich and Co. were two notable major publishing houses in the United States.
These and other companies made many different types of postcards, such as hold-to-light postcards that had tissue paper imbedded in them, causing the light to shine through, fold-out postcards that became larger than the standard size when opened, real photograph cards, also known as RPPC, which were popular because they were an actual photograph that had a postcard backing.
Besides the standard stock of postcards that come to mind when you read about them or buy them, there were also other novelty postcards made using copper, cork, aluminum, wooden materials, silk with embroidery.
Special see-through envelopes and some specialized cards were sent in “glassine,” so called because you could see through them like glass.
In the 1940s, cards were printed on colored paper to look like linen and excite the buyer.
If you look at vintage postcards that are collected today, the majority of the most popular ones on online auction sites and specialty shops focus on themes.
Among some of the most popular are Halloween, Christmas, and other major holidays.
Artistic cards and cards depicting royalty, famous artists’ works, U.S. presidents, natural disasters and wartime imagery are also highly collectible.
How to determine value on a postcard depends on the subject matter, if it is a real photograph or not, condition in which the card has remained, rarity and general desirability.
Some cards have also been sent to famous people, by famous people, or to a famous place, and all of the information contained in the writing on the back of the postcard can make for a fascinating read and journey down a road and time long forgotten.
Postcards are a snapshot in time, a representation of an era, but they also communicate people’s writing style, how they traveled, where they were going, and what they were doing in a by-gone era.
They depicted trends, tastes and the condition and mystic of an area that may or may not still exist.
They are literally little snapshots in time, and they still fascinate collectors and enthusiasts alike, who enjoy all of the genres and possibilities that postcards bring to those who collect them.
(Editor’s note: DeeDee Wood is the owner of Black Cat Curiosities Art and Antiques in Easton, Md., located at 24B Harrison St.)

The wonder of Faberge eggs 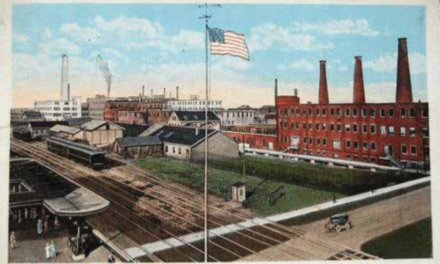