Goat’s milk proving to be tried and true 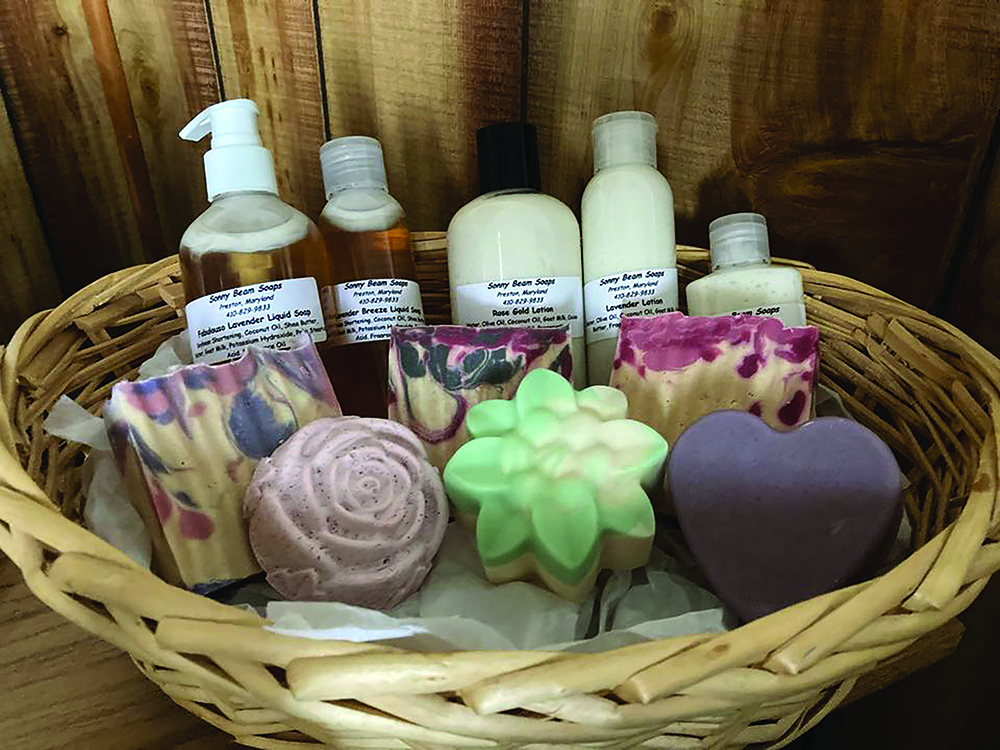 When the COVID-19 pandemic set in, Ashley Burrows began researching other ways she could put their goats’ milk to good use. This led her to begin crafting homemade goat milk bar soap, liquid soap, and lotion.

In 1880, Swiss author Johanna Spyri published her internationally acclaimed novel “Heidi.”
For more than 100 years, readers have been captivated by the heartwarming tale of young Heidi and the tender way she and her good friend Peter care for their herd of goats in the Swiss Alps.
They carried on this tradition as they were taught by their grandparents, and even helped restore the health of their friend Clara by giving her goat milk to drink.
Goats have been prized for their milk since Biblical times, as it has both nutritional value and skin-soothing properties.
In recent years, goats have grown in popularity among hobby farmers and commercial farmers alike due to their compact size, hardiness, versatility, and comical demeanor.
According to the Food and Agriculture Organization of the United Nations, goat milk production has increased from 12 million tons in 1993 to nearly 19 million tons in 2017, and those numbers are still rising.
Consumers are becoming more aware of the chemicals in mass-produced skin care products and are seeking more natural, eco-friendly options.
Additionally, research has shown that goat milk is digested differently than cows’ milk, thus enabling many individuals with lactose sensitivities to drink it without issue.
Much like Heidi and Peter, Ashley Burrows and her brother Brennen Burrows of Preston are carrying on the tradition of raising goats and sharing the health benefits of goat milk products with the public.
Sonny BEAM Acres, named after their grandfather “Sonny” and the initials of Ashley, Brennen, and close family friends Ethan and Makayla, is home to more than 30 Nigerian Dwarf goats.
Ashley and Brennen breed their goats once a year, and will often have around 20 baby goats (“kids”) born on their farm during the kidding season.
When a female goat (a doe) is bred, she will begin producing anywhere from one to two quarts of milk per day. This amount may vary by breed of goat, and with the frequency she is milked.
Goats are pregnant for five months, and then will give birth to one to five kids.
Ashley allows the kids to nurse for 12 weeks before weaning them from their mothers.
She then decides which kids she will keep for breeding and showing.
The others will be sold as pets or 4-H projects.
The does can then be milked for one to two years before they need to be “freshened” and bred again.
When the COVID-19 pandemic put a halt to many of the local 4-H fairs and goat shows hosted by the National Dairy Goat Association, Ashley began researching other ways she could put their goats’ milk to good use.
This led her to begin crafting homemade goat milk bar soap, liquid soap, and lotion.
The high-fat content of the milk, combined with its vitamins, proteins, and amino acids, helps soften skin and soothe irritation caused by skin conditions such as eczema, acne, psoriasis, and rosacea.
The process for making goat milk soap has remained mostly the same for centuries, but Ashley shared some of her tips.
First, she milks each goat by hand while they stand on a stanchion, an elevated stand that keeps the goat still yet allows them to munch hay and grain during milking.
The milk is then frozen in preparation for adding lye flakes.
Freezing goat milk before adding the lye helps to prevent scalding, she said, since the lye’s chemical reaction with the milk generates a lot of heat.
Essential oils, fragrance oils, and/or colorants (if desired) are warmed to approximately 130 degrees.
The lye and milk mixture is then added slowly to the oil mixture, stirring until completely blended.
This is then poured into molds and cooled. After 24 hours it is cut into bars, then aged for four to six weeks.
The aging process makes the bars of soap very hard, which will make it last longer. The process for making lotion is a bit more involved, since it requires the milk to be pasteurized with a double-boiler to ensure it is sterilized and prolong the lotion’s shelf life to up to one year.
Although all of Ashley’s products are available without fragrance, her most popular scents are lavender, peppermint, black raspberry vanilla, cinnamon cocoa, apple garland, cool coconut, and butterscotch pumpkin.
For more information on goat milk skincare products, Ashley can be reached by e-mail at sonnybeamacres@gmail.com, or on Facebook by searching @SonnyBEAMAcres.

Start your garden off ‘Brew-tifully’

When decorating with photos, anything goes