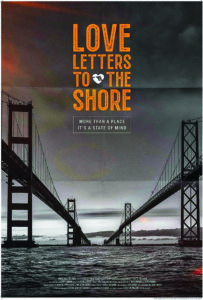 The movie poster of “Love Letters to the Shore” features a photograph taken from a drone between the two iconic spans of the Chesapeake Bay Bridge with the Eastern Shore beckoning from the horizon. (Photo courtesy Bullitt Point Films)

For those in the know, it’s common knowledge that Maryland’s Eastern Shore has served as the stage for many movie favorites.
Just to name a few, scenes of “Wedding Crashers” were filmed near St. Michaels, parts of “Runaway Bride” were shot in Snow Hill and Berlin, and “Failure to Launch” included Oxford among its filming locales.
In fact, a prop used in the late 1920’s “The First Kiss,” starring Fay Wray and Gary Cooper, remains intact and is still sought out by tourists nearly 100 years after filming took place in St. Michaels where “The Honeymoon Bridge” spans Cherry St. and Navy Point.
Well, now, the Eastern Shore is getting all of the spotlight with the release of a documentary, “Love Letters to the Shore,” which strings together thoughts and memories of dozens of residents — both natives and “come-heres.”
Much of the “interview style” filming took place in 2018 in Grasonville, Centreville and St. Michaels.
“It was so special to watch the interviews unfold live; to see what our home means to our friends and neighbors,” said Mary Klepper, an associate producer. “When we say we’re from the Eastern Shore, we don’t just mean a physical location, we mean a way of life. This place is etched in our souls.
“People not from here will understand why we believe ‘Maryland by birth. Eastern Shore by the Grace of God.’”
Local musician Josh Willis wrote and performed a new song specifically for the film, which also features local singer Duan Wright’s take on Otis Redding’s “(Sittin’ on) The Dock of the Bay” toward the documentary’s final moments.
There’s no defined storyline to the documentary — it recognizes that the Shore means different things to different people and it attempts to be as inclusive as possible with the testimonials for the viewers.
“Watching this film seems like it doesn’t have a specific direction,” said Easton resident Kevin George, an associate producer and narrator on the film. “But it’s like the beautiful chaos of a snowstorm: You just have to have faith you will be rewarded with seeing the satisfying blanket of snow to marvel at once everything is settled.”
Featured residents range from farmers to watermen to local celebrities to conservationists to clergy to teachers to political insiders to authors.
It’s obvious people just enjoy talking about their Shore: What they remember how it used to be and how it’s evolved to what it is today.
There are couples who’ve been married for dozens of years, who’ve seen a few generations before and since their mature years. There are teens who speak of hunting. Farmers discuss how the Shore is woven into national and global markets. There’s a quick tutorial of how to pick a crab for viewers who might be exposed to the Shore for the first time. There are native Shore residents, those who were born and raised somewhere else and found their way to the Shore, and others who have lived in other locations with different trips to the Shore peppered in.
“Love Letters to the Shore,” a production of SNM Global Holdings and Bullitt Point Films, is the brainchild of Troy Lowman, who grew up in Sudlersville. It was produced, written and directed by Lowman and Peter Ebanks.
“I came up with the idea of Love Letters while traveling around different parts of the country and even in Europe,” Lowman said. “People would ask me where I was from because of the unique accent I seemed to have. I would not tell them I was from D.C. or Maryland like most in the the region but rather from ‘the Eastern Shore.’
“It struck me how unique my hometown was and I thought exploring it through the eyes of the people of the Shore in a film it would be intriguing.”
Klepper, George and Brent Lewis, an author of local history and a novel — all Kent Island natives — shared associate producer roles. Snow Hill native Allison Tucker was the location manager, and Bev Coursey and Rachel Goss — who both grew up in Queen Anne’s County — were location coordinators.
The movie is graced with original footage of the Shore, many of it filmed with a drone that glides over the Chesapeake Bay, marinas and farmland. There is also town parade footage, typical of countless annual parades throughout the region.
A vast majority of the interviews didn’t make the final hour-long cut, but depending on the popularity of the project, there are discussions for “sequel” videos that would be released on youtube.com of specific topics, using the archived footage and new video for each new program.
“I think viewers will be surprised about the history of our area,” Klepper said. “How many people really know how important Kent Island was in the founding of the English colonies in the Americas and how it was saved from a federal government takeover?”
The producers had hoped to kick off the movie’s release with a premiere at a local theater, such as the Avalon Theater or Church Hill Theater, but the pandemic restrictions made one impossible once the film was completed.
A Facebook page, created during the origins of the project, has remained popular.
The movie was scheduled to premier on loveletterstotheshore.com by Friday, Jan. 29 on computers, devices or SmartTV. The regular price is $7.99 for Eastern Shore residents ($9.99 for those who live elsewhere), comparable with other streaming services. The purchase means the customer owns a copy of the movie and can watch any time for all time. 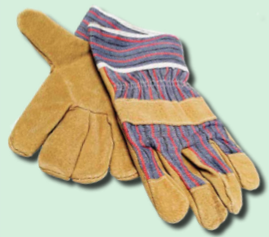