Justin Koshar, of Linkwood-Salem Volunteer Fire Company, bastes cooking chicken with barbecue sauce while getting relief from the heat only from a fan positioned nearby. (Photo by Debra R. Messick) 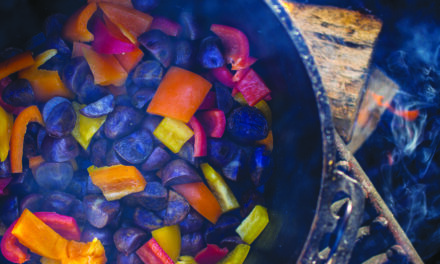 Cooking in the great outdoors