A container garden of hope 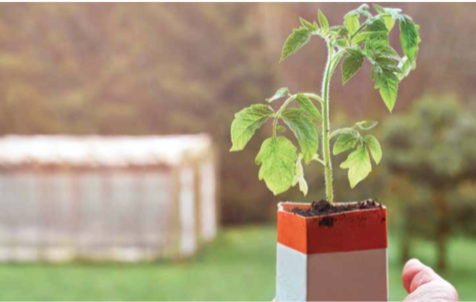 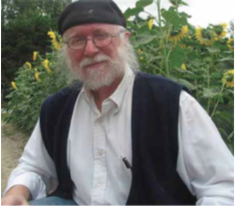 The beauty of gardens often evoke nostalgic memories. But a chance visit to a community garden in Cambridge, Md., in May, sent Kent Island photographer Mike Driscoll to a more somber recollection.

The simple sight of fledgling tomato plants instantly transported him back to the summer he was diagnosed with cancer.

It was 2005, and Driscoll was in his mid-50s, when he first felt something spongy on his neck the size of a soup spoon.

He recalls no fear at the discovery, just an unspoken urgency to have the mysterious spot seen by a doctor.

A needle biopsy brought home the dreaded news: Squamous cell carcinoma, described by the Mayo Clinic website as “a common form of skin cancer that develops in the squamous cells that make up the middle and outer layer of the skin.”

Congratulated by his doctors on finding the cancer just in time to prevent it from going “nuclear,” (stage 4), Driscoll soon faced surgery to eradicate the threatening slab.

Tests later showed that although the afflicted chunk of his neck, including lymph glands and nerves, was, in his words, “carpet bombed,” and removed, it was uncertain that all the cancerous cells had been swept out.

Just to be safe, chemotherapy and radiation were prescribed to begin after a few weeks’ time to heal from the surgery.

“Six miserable weeks,” was how Driscoll described the treatment period, when rounds of brutal chemo “cocktails” were inserted into a “portocap” in his upper chest five times a week, and radiation treatments administered once a week.

A new anti-nausea medication actually increased his queasiness and it became impossible to keep solid food down.

A feeding tube had to be surgically inserted into his stomach to provide nourishment.

Eventually nutritional supplements such as Ensure helped but not before he lost 50 pounds and barely escaped hospitalization to prevent further weight loss.

His facial hair fell out, he experienced extreme fatigue and extreme thirst (“I drank lots of club soda”) and for a time was unable to vocalize, utilizing notepads and pointing to communicate.

While helping him cope with his own health crisis, his mother would soon be dealing with leukemia from which she died the following year.

Doing his best to navigate the demanding physical aspects of cancer treatment, Driscoll developed his own methods of dealing with the psychological impact.

“I decided that I could beat this thing, but if I couldn’t, then maybe the experience could teach the doctors something to help the next person. But I was ready for what came. I think I came to terms with my mortality,” he reflected.

“Part of my overall coping strategy was, as much as possible, I wanted to ignore cancer, to be disrespectful to it,” Driscoll said. “When you’re sick, a lot of health and recovery is a matter of attitude, and I decided I’d cop a major one.”

A side e ect of his food deprivation inspired a vividly remembered dream of crisp, green lettuce, and a passionate desire to make spaghetti sauce which he could smell cooking all day long.

The culinary quest sent him to nearby Stevensville K-Mart’s nursery section in search of tomato plants.

Shopping for, planting and tending the “sprouts” gave his mind something positive to think about, and his hands something not overly strenuous, but useful, to do.

It also got him outside into the fresh air and sunshine.

Using containers as planters provided a simple but effective means to garden with limited space and energy.

He tried Chinese cucumbers which faltered, but a variety of herbs thrived, along with a bumper crop of cherry tomatoes.

Offered to relatives and friends, most wound up in freezer bags until the following year, to be simmered, and at long last savored, in his “victory” sauce.

Te moment was bittersweet, he said, because his mother had succumbed to her battle with leukemia. But the memory’s silver lining lingers, accompanied by the awesome knowledge that “I may have had cancer, but cancer did not have me,” he said softly.

Ready to start your own moon garden?

Dipping outside the box 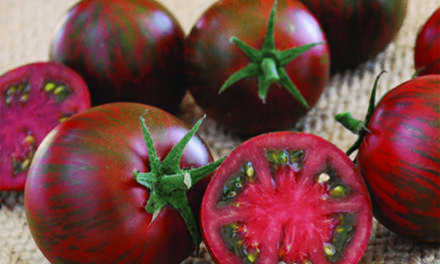