Irish furniture: It’s all in the details

Antique Irish furniture, particularly pieces made during the Georgian period, which dates from 1714-1837, saw subtle differences in their European counterparts’ designs and nuances.
Antique collectors who enjoy and admire Irish furniture can spot a few characteristic details and signs of certain furniture makers that help them collect their true Irish desires.
Irish furniture had prominent makers of furniture and cabinetry during the Georgian reign and beyond.
Names such as James Hicks, William Moor, Mack and Gibson and others stand out to dealers and collectors. 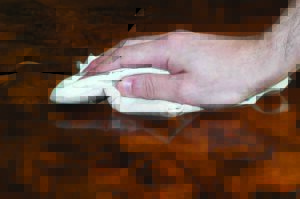 They used woods such as ebony, walnut, mahogany and other exotic woods found in the travels of a world that was opening up for commerce and trade in the mid-18th century. Irish builders had certain motifs and clues to look for when pondering if a piece is truly made in Ireland.
Many people consider the carving on legs and aprons of pieces to determine origin. Irish pieces are often seen to have carved shells, acanthus leaves and paws or feet at the base.
Floral details and foliated motifs dominated many of the Georgian Irish pieces, and were embellished on such pieces as chests, trunks, tables and armoires. Some of these carvings continued to dominate the pieces, when some
Europeans felt Irish furniture was lagging in fashion and tastes of what was to be considered more worldly and stylish in the design centers of England.
Just as we have primitive style here in the United States, a nod to handmade goods and furniture, considered crude, handmade and quaint, Ireland also had a farm style of their own.
Not everything that was made in the furniture realm in Ireland had such richly carved embellishments.
Many areas of an Irish estate that contained this embellished, carved furniture also had rooms of common use that did not receive guests.
In these more utilitarian rooms of the house or estate, farm and hunt tables, used to dress game and food, were made with simple lines, straight legs and hardy, long lasting woods.
Bottle tables that held ale, cupboards, cabinets and utilitarian pieces complete the “primitive Irish” look from this time period.
Irish furniture and cabinetry have details that are indicative of the origin of the county or area in Ireland in which they were made.
One example of this is certain types of woods used from the different regions in Ireland in which they were available.
It is also known that Irish cabinet makers used English pattern books, but put their own twist on the designs, such as shell motifs, certain types of scroll work, and designs in chairs that would be an example of the Irish using English concepts in their building processes, such has chair shapes and designs.
It was a melding of furniture and design concepts from different countries, being shaped by nuances of materials and the land, as well as artistic license and skills, taught by the people from their particular region.
If you are on the hunt for true Irish antique furniture, look for wood types of the exotic nature, such as mahogany, ebony and other hardwoods. Designs and motifs carved into the detailed areas of furniture, such as the shells, floral and scroll work from Irish designers of the 18th century could offer clues, as well as themes found in certain regions of the counties that make up the rich land of Ireland.
Many people enjoy owning a piece of Irish history, due to deep family roots, a love of the land, or admiration for a particular builder and their craft.