The relatively straight line of the defoliation on this Japanese holly was probably due to an abiotic issue, most likely due to some liquid improperly disposed of by someone from the nearby construction site. (Photo courtesy of Heather Zindash, The Soulful Gardener)

With the advent of warmer weather, hopefully all the early signs point to a banner year in your garden.
If not, though, how do you decide if you’re over your head and should seek the assistance of a professional horticulturalist or arborist?
Early this past winter, Heather Zindash, a licensed Integrated Pest Management consultant, offered a sold-out audience of more than 300 horticulture professionals decisional tips from a process she had developed over the last few years of working with a wide range of clients from green industry professionals to individual homeowners.
Borrowing from the popular criminal investigatory process of ‘crime scene investigation, Zindash, who writes about her passion for gardening as The Soulful Gardener (thesoulfulgardener.com), dubbed her seven-step diagnostic process “Gardening CSI.”
Presented to the professional audience as a means to determine the best management practices needed to address a problem encountered during their businesses, her diagnostic process can also be used to help a home gardener determine not only whether they need to elevate a gardening issue to a professional, but also what sort of professional.
To begin, Zindash urges gardeners to “observe the crime scene” – that is, the area under concern or struggling in your garden.
“You have to take in everything in the surrounding area,” Zindash said.
Those observations include understanding the environmental parameters you have on your property.
For instance, how much light does the affected area get? What are the soil conditions — sandy, clay or something in between? Is the space adequate to meet the plant’s needs or has it overgrown the space available? “When a plant is put in its natural environment,” she explained, “it creates less stress for the plant and allows it to use its natural defenses” against pests, such as insects and disease pathogens.
In addition, Zindash noted that the space consideration is especially pertinent when looking at problems with trees which may have been placed too close to impervious surfaces such as asphalt driveways and concrete sidewalks.
When putting in landscaping homeowners “tend to forget a tree’s roots go two to three times beyond their drip line,” Zindash said. “You need to make sure the tree has enough space to grow to maturity.”
Such an inspection also usually reveals whether you’re dealing with a biotic problem, problems stemming from living pests such as insects and disease pathogens, or an abiotic problem, non-biotic issues arising from weather, mechanical injury lightning strikes or construction near a plant’s root zone.
Sometimes these first few steps may be enough to solve the inquiry, such as Zindash’s example of discoloration and then defoliation on a Japanese holly.
In this particular example (photo on the opposite page), the damage to the holly — ‘the victim’ — had occurred in “a straight line, which usually indicates an abiotic issue,” she explained.
Since a quick survey of the neighborhood revealed a nearby construction site, Zindash surmised that “someone had thrown some liquid out before getting in their truck, not realizing the damage it would cause” to the holly.
If the initial steps have not yielded gold as in the holly example, then the next four steps in the process will help you pull together additional, more comprehensive details.
Zindash also reminded everyone that when compiling the timeline, it was especially important to consider the weather the plant may have experienced.
“Most people forget about the weather,” Zindash said. “Yet, the weather events a plant has faced even a year ago can directly affect the problems you’re seeing now,” she continued.
Indeed, the weather conditions over the last two years offer an excellent example of how weather can cause a delayed impact on your garden. For instance, as noted in her weather graphic, January 2019 opened with a polar vortex bringing “very low temperatures and desiccating winds, which was then followed by a 40-degree weekend,” Zindash said.
It becomes nothing less than “plant whiplash,” she explained, “because a lot of plants can’t deal with frequent fluctuating temperatures fast enough to protect themselves.”
Add in 2018’s record rainfall, more rain during 2019’s spring months, all followed by a drought during the late summer and early fall of 2019.
Then, think back to the perennials, shrubs, or trees you might have planted back in the fall of 2018 during the brief break from the raindrops.
“Anything planted in the fall of 2018 went through all that,” said Zindash.
And, plants being plants, means you “might not have seen the results of all that cascading weather until late last calendar year, or even early this spring.”
In that instance, your best management practices may be to begin by re-evaluating your environment.
For instance, perhaps that spot you thought was fairly well-drained turned into a virtual swamp under the onslaught of month after month of rain.
In other instances, the appearance of powdery mildew on a previously disease-free plant means you may need to re-consider the disease resistance of that particular plant variety.
Last, whether your pest is an insect, a weed, or a disease pathogen, if your analysis points to the need to bring a professional in, “ask them to be upfront with you about what chemical choices they’re using and if there is a softer, more targeted option,” Zindash said. “Don’t accept the first thing they mention, unless they explain it to your satisfaction.” 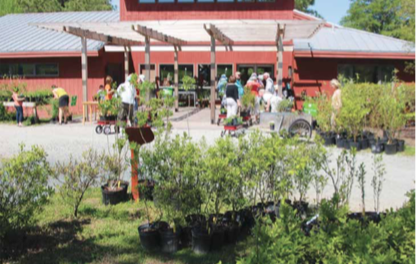