Many people know of the healing role of cranberries and cranberry juice when it comes to human male and female urinary tract infections, but, according to Dr. Amy Howell, a research scientist and nutraceuticals specialist at Rutgers’ Marucci Center for Blueberry Cranberry Research, new research is giving a clearer picture as to their benefits.
The health benefits of cranberries apply not only to the bladder “but in the gut as well, and many people don’t realize that stomach ulcers are caused by bacteria, not by stress,” Howell said.
Cranberries can help with stomach ulcers, which can be a precursor to certain stomach cancers, Howell noted.
New research is also documenting the role cranberries can play in the health of teeth and gums, Howell said, and because of certain compounds in cranberries.
“The cranberry can prevent bacteria from sticking to each other and inhibit plaque formation. They can also play a role in healing periodontal disease with people’s gums,” she said, and as a result of this newer research, “lozenges, mouth washes and other oral health products are being developed with cranberries.”
The active ingredient in these new prototype oral health products, found in all cranberries, are called proanthocyanidins, or PAC’s, she noted.
Howell also noted there are cardiovascular benefits to cranberries, and scientists are discovering “the cranberry keeps those arterial hoses nice and flexible. One or two glasses of plain old cranberry juice cocktail that is 27-percent cranberry can increase the good cholesterol by almost 9 percent,” she said.
By contrast, most drugs that claim to control bad cholesterol in humans can increase the good cholesterol by 12 to 13 percent, “but you also have all these side effects.”
“A lot of people don’t think about putting cranberries in salads or adding them to rice and other foods,” she said, noting they’re great in nut mixes, “and even in alcohol, you’ll want to add that extra slug of cranberry juice to your Cosmopolitan.”
A half-cup to one cup of blueberries can have a positive effect in as little as an hour, she noted, adding, “heart attack risk goes down 34 percent if you eat blueberries two to three times a week. They lower blood pressure and help reduce abdominal fat,” she added.
“Once, twice or three times a week if you can, it doesn’t have to be cranberries every day,” she said. “It can be blueberries, raspberry, blackberries, get some berries in you, they’re excellent for you.”
With hundreds of millions of Americans diagnosed with pre-diabetic metabolic conditions, new research on the role blueberries may have in nipping diet-related forms of diabetes in the bud, Howell said.
Most encouraging, she said, “is the effect that blueberries can have when you are one step from full-blown diabetes. You’re in a state where your insulin is still being produced by your pancreas, but your body isn’t responding to it as well, a lot of people with metabolic syndrome have this. They did a big study down in Pennington, where folks who had two smoothies of blueberries a day got a four-fold increase in insulin sensitivity after they had these blueberry shakes,” she said. “It’s making our own insulin work better for us. This is powerful stuff. With blueberries, we really can’t pull out one compound and say it’s the magic thing, there’s an interplay between a lot of the compounds in blueberries that are bringing these benefits home.”
Howell added that frozen or fresh blueberries offer roughly the same amounts of good nutrients.

Learn to grow herbs at home

Allergens: Blame it on the boys 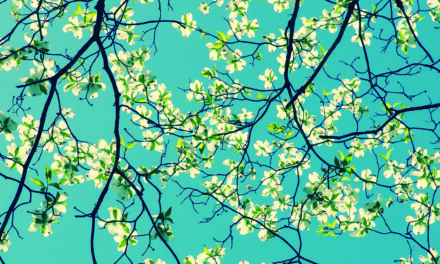