It’s no secret that those affected by the coronavirus pandemic are much more numerous than the people who have actually gotten sick. 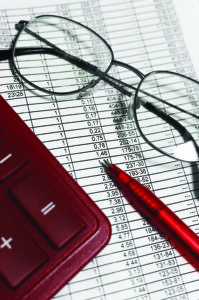 Along with restaurants and retail shops taking a hit, volunteer service groups that pride themselves on helping others are struggling themselves
From a national survey in May, the National Council on Aging reported community-based organizations have a 27-percent less capacity to serve older adults, 45 percent have experienced “quite a lot” or “a great deal” of lost revenue and 92 percent reported some portion of their volunteers are unable to work at the same level they were before the pandemic.
Volunteer fire companies are certainly not excluded either as countless fundraiser dinners, carnivals and other annual events put on by the companies have been cancelled in the virus’s wake.
“Fire companies have taken a huge hit,” says Phil Starkey, president of the Talbot County Volunteer Fire and Rescue Association. “We missed three good months. April and May are big months for a lot of companies.”
Starkey estimates about 95 percent of volunteer fire company events have been cancelled, including the large and well-known Chincoteaugue Pony Swim and Sharptown Carnival.
Some of the events routinely brought $20,000 to $30,000 to the companies to put toward upgrading equipment and other needs.
“Fundraising is like one-third of their budget,” Starkey says.
As restrictions ease, Starkey says some companies are moving forward with smaller events, but the people who support the companies could be under financial pressure as well.
He says the drop in funds raised won’t impact volunteers responding to emergencies, but the timelines on purchasing new engines or other vehicles may be lengthened.
“What it does is it’s going to stretch out some of their timelines on some of their capital improvements,” Starkey says.
As these groups continue to help the community, they’ll need the community to help them as well.
In the coming months, companies will be sending out fund drive letters and Starkey says it will be all the more important that people give donating thoughtful consideration.
“The need is still there. All the companies are trying to do their best,” he says. “The fire companies will keep doing what we do and hope the people will realize, ‘hey, maybe I can give a couple more dollars to help them out.’”
“If we get a couple extra dollars from a lot of people, that goes a long way toward the future.”
While signing a check will help a lot, giving your time — while maintaining safety — is another way to help when events and service projects open again.
“Nonprofits are also making adjustments to help keep volunteers safe — for example, meal delivery services for the elderly may move to a system of leaving a meal on a doorstep instead of bringing it inside,” said Elaine Martyn, the vice president and managing director of Private Donor Group at Fidelity Charitable. “Yet they may still not have enough volunteers to meet all the need, and you could fill an important gap if you were able to safely take on some of those necessary tasks.”
And by volunteering safely, research suggests you’ll help yourself as well.
A team of Harvard researchers analyzed data from four years of the national Health and Retirement Study focusing on older adults and found that adults over 50 who volunteer for at least two hours per week have a substantially reduced risk of mortality and developing physical limitations, higher levels of subsequent physical activity, and improved sense of well-being later on compared to individuals who do not volunteer.
“Now might be a particular moment in history when society needs your service the most,” said lead researcher, Dr. Eric Kim. “If you are able to do so while abiding by health guidelines, you not only can help to heal and repair the world, but you can help yourself as well.
“When the COVID-19 crisis finally subsides, we have a chance to create policies and civic structures that enable more giving in society. Some cities were already pioneering this idea before the pandemic and quarantine, and I hope we have the willingness and resolve to do so in a post-COVID-19 society as well.”

Become a basket case in the winter

Stitching together the fabrics of life

Learn how you can can fall’s bounty 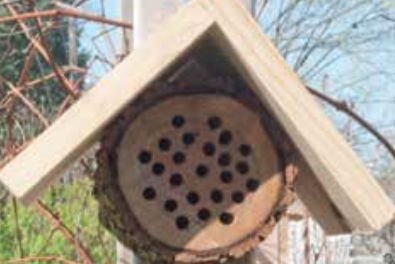