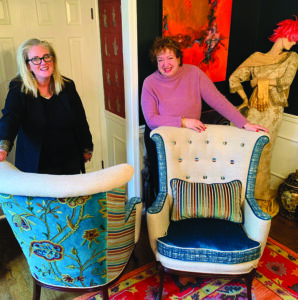 Lucy Spiegel, right, sought out Cortright for restoring chairs that had been fixtures in her grandparents’ house and beloved by her mother. “Right away, I knew exactly who to call,” Spiegel said. (Photo courtesy Monica Cortright Designs)