History of the millinery

The term millinery might not be familiar to some, but it means a hat shop, and a milliner was the proprietor of that shop, and often a designer of headwear, mainly for women.
The fashionable proclivity to wear hats has long been established in society, as a way to show stature and monetary influence, as well as a fashionable statement.
Millineries were popular places when fashion became an actual industry, with the use of more machinery assistance, in the 17th and 18th centuries.
Hats were also designed by hand, carefully detailed for each client. 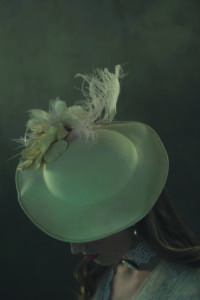 Designers were usually women, and were called milliners.
These shops and tailored hat stores would also carry fine gloves, ribbons and other adornments.
The word milliner comes from the Italian city, Milan.
During the middle ages, Milan was the center of the world’s fashion and textile trades, thus the availability of materials and design enabled fashionable hats to have a good portion of their origins there, although, of course, hats have been around for thousands of years, the fashionable tendencies came with Italian textile markets.
The trade really began in Western culture in London in the 14th and 15th centuries, as having a fashion for your head for men became essential, and was quite expected in most circles.
Your outfit was not complete without one.
The demand for women’s hats and head coverings was still not in the forefront during this time period, but as the industry became more popular for ladies in the 16th century and beyond, the range of textiles, cloth and materials also favored diversity in production.
Velvet, leather, animal hide, silken materials, and exotic feathers and other dried accompaniments marked the beginning of creativity and production in the world of hats.
Millineries saw their heyday in the mid 1800s and early 1900s, and women’s hats became more elaborate for a milliner to design, and again, were quite popular.
Embellishments upon hats established a person’s status and hierarchy in society, so bonnets with rich floral motifs or exotic materials indicated affluence or stature in the circles in which a person had the opportunity to support such a creation upon their head.
Hats and bonnets for women became ingrained in society during this time period, and it was thought in bad taste to leave home without one.
During the milliner’s fancy of 1800s London, men’s hats were straw or felt, and trimmed with the same exotic materials used for the women.
The same rules applied about status and symbols of your affluence, and no expense was spared to focus on the object that sat atop your visage.
Top hats were very formal and all the rage for bourgeoisie and aristocracy of the time period.
During the 1900s, women’s hats were ever changing in style, keeping the milliner busy.
The early 1900s saw wide brims with veils and all the trimmings, flowing ribbons and trains.
The first World War saw less material being utilized due to expense, so the hats became more demure and sensible.
Fashion and hair also influenced the millineries. 1920s bobs and straight dresses influenced more simplistic hats.
New York became the capital of the western world’s millineries in the 1930s, being influenced by fashion and design of the city, and the designers who lived and worked there.
Many of the now famous department stores had their very own millinery workshops in the back part of the stores, and the elite of this New York and worldly jet set could order hats to their liking, just like their Milan counterparts of the 14th century.
The hat making industry started to see a decline as World War II ushered in a new era for women, who were needed in the factories of the theatre of war.
They no longer had the need or the money to spend on millineries, and it became an impractical nuisance to wear a hat if there was an air raid on European cities.
As the 1950s and 60s rolled around, hairdos replaced hats, with sculptured hair, and later the beehive hairdo leaving no room for a hat to adorn the head.
With the invention of ready-made clothes in department stores, millineries and hatmakers started to go out of vogue.
There were a few bright spots influenced by celebrities, such as Jackie Kennedy and her famous pill box hats, or Queen Elizabeth and her love of head coverings, having over 5000 pictured looks in hats through the years.
Fashions come and go, but there is one thing that will always be for certain.
Milliners and hat making will always ebb and flow through the cycle of fashion, just as the demand for certain materials and looks comes and goes with taste, influence, industry and affluence.
You never know when you might see a milliner open up shop again one day, perhaps virtually, or perhaps down the street with cutting edge designs, or reminiscence representations of days gone by.
(Editor’s note: DeeDee Wood is the owner of Black Cat Curiosities, an online antiques research and sales venue.)

Rub a walnut to cover up wooden furniture dings

Snow globes with a shake of history