Jeanne Scott keeps close memories of baking with her mother and then with her own children while woking in the kitchen now. (Photo by Sean Clougherty)

When Jeanne Scott hits the kitchen for a day of baking, her focus is certainly getting the measurements right and the filling the orders but behind all that are the memories of hers and her children’s childhood that drive her.
“For me it always begins with home — as a kid in the kitchen with my Mom, as a mom in the kitchen baking and cooking for my own family,” Scott said.
Long before Scott took her Mill Stream Farm small batch baking business full time she was baking for family breakfasts and school fundraisers and “every year I needed to do more and do more.”
The demand around her pumpkin rolls, cookies and other confections led her to start selling them part time in 2008 as her youngest child graduated from high school and then went full-time in 2015.
Soon after that she availed herself to area brides to make wedding cakes and desserts.
“I fought that for so long,” Scott admits, but adds she has enjoyed every order that’s come in.
The business has taken off since then with pumpkin rolls remaining the most sought after.
Known by its moist cake and full-bodied filling, Scott uses a family recipe with a few modifications.
The rolls seem to fly out of the kitchen as fast as she makes them, especially during the holidays. In early November, she had about 20 dozen pumpkin rolls and other treats in the works to take to the annual Waterfowl Festival in Easton.
“That is the signature product,” she says of her pumpkin roll. “That is where it all started.”
Mini bundt cakes and chewy ginger cookies have also become a hit with customers, she said. Scott’s website, millstreamfarm.net, has the full lineup of products.
With military service throughout her family, including her son Brady, Scott offers “Patriot Packaging” for her cookies and sends a donation from each order to Sons of the Flag, a non-profit organization helping burn survivors.
The effort grew out of a care package she sent years ago to Drew Geib, a friend of her son, who had just finished boot camp.
“Drew always goes crazy for my chewy gingers and so I packaged them for him with a label displaying a photograph I had taken of him in his uniform shirt, socks and ‘straps’” Scotts says.
Now, Patriot Packaging carries similar wrapping and a photo of a Armed Forces service member.
Scott said she wants to keep the business growing but not so big where she’s taken out of the kitchen.
“Everything is made by these hands,” she said. “It’s like Grandma made, that’s where I learned.”
Her kids, Brady and Sawyer, and her fiancé Greg Turnell are taste-testers for new recipes, along with taking other important supporting duties.
And as a Court Appointed Special Advocate in Caroline County, Scott says part of her baking enjoyment is treating her “CASA kids” to baked goods.
Scott was adopted at birth by parents who were foster parents to over 65 children throughout their lifetime along with having three children of their own.
“They were very giving, nurturing people.  I inherited that giving spirit,” Scotts says.
A big goal is to have her own commercial kitchen.
Renting time at the Chesapeake Culinary Center has been helpful, she says, but having her own space and the flexibility that comes with it will be even better.
“Eventually I’ll get there. The Lord puts a passion in you and eventually it’ll provide,” she says.
“I just want to do what I love, what sustains me, and that is done by baking quality products for quality people, and making everyone’s day a little bit sweeter,” Scott says. 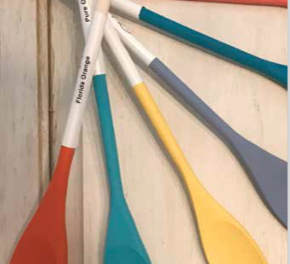 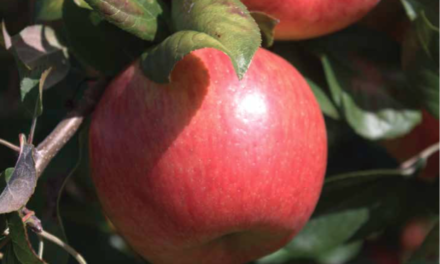 Putting the ‘straw’ in strawberries